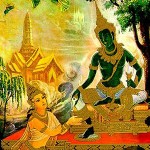 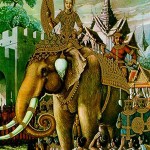 Kan 2: People are angry at Vessantara. 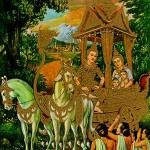 Kan 3: Vessantara gives away the buggy to a brahmin. 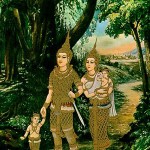 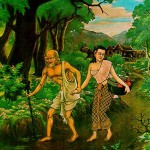 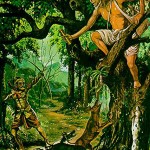 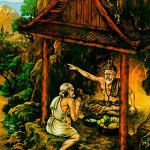 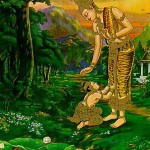 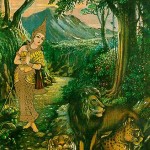 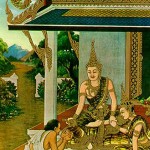 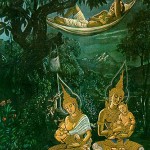 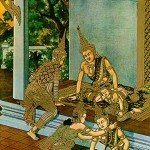 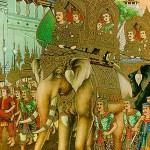 Maha Wetsandon Chadok is one of the most popular avadānas of Theravada Buddhism. The Vessantara Jataka tells the story of one of Buddha’s past lives, about a compassionate prince, Vessantara, who gives away everything he owns, including his children, thereby displaying the virtue of perfect charity. It is also known as the Great Birth Sermon.

The Vessantara Jataka is an important celebration known as Thet Mahachat, from Maha Jati or “Great Birth”, in Central Thailand,  Laos, Cambodia and Myanmar.

The Thet Mahachat is very popular both in rural and urban communities, often with dance and drama performances, as well as festive parades and processions through the towns. During this Buddhist festival, the monks give a sermon of 13 chapters (Kans) of the Vessantara Jataka, accompanied by rituals and cultural performances. Because of its central role on the Thet Mahachat or Boun Pha Vet celebrations, the Vessantara Jataka is an important part of the traditional folklore in many areas of the Southeast Asian region.